Day 6—It rained all day so we had a limited schedule. Saw part of the Isaiah parchment from the Dead Sea Scrolls. Also a model of the entire city of Jerusalem. Tried to view the Temple Mount from the Mount of Olives. Rainy and windy. Then went to City of David—saw a movie on how Jerusalem began. I think it was interesting…but I kept falling asleep. Still not adjusting to the time change.

We headed south of Jerusalem to Masada, a natural mesa near the Dead Sea. It was a fortress held by some Jewish zealots from 70 to 73 AD. Fascinating story and incredible views. The word ‘masada’ means the stronghold. David may have camped here with his 400 men while on the run. Some of us hiked to the top of the mesa. Here’s a photo of the view from on top.

And here’s a photo of a view from the bottom:

We then drove north to a place called En Gedi, where David hid in the cave while Saul was pursuing him. 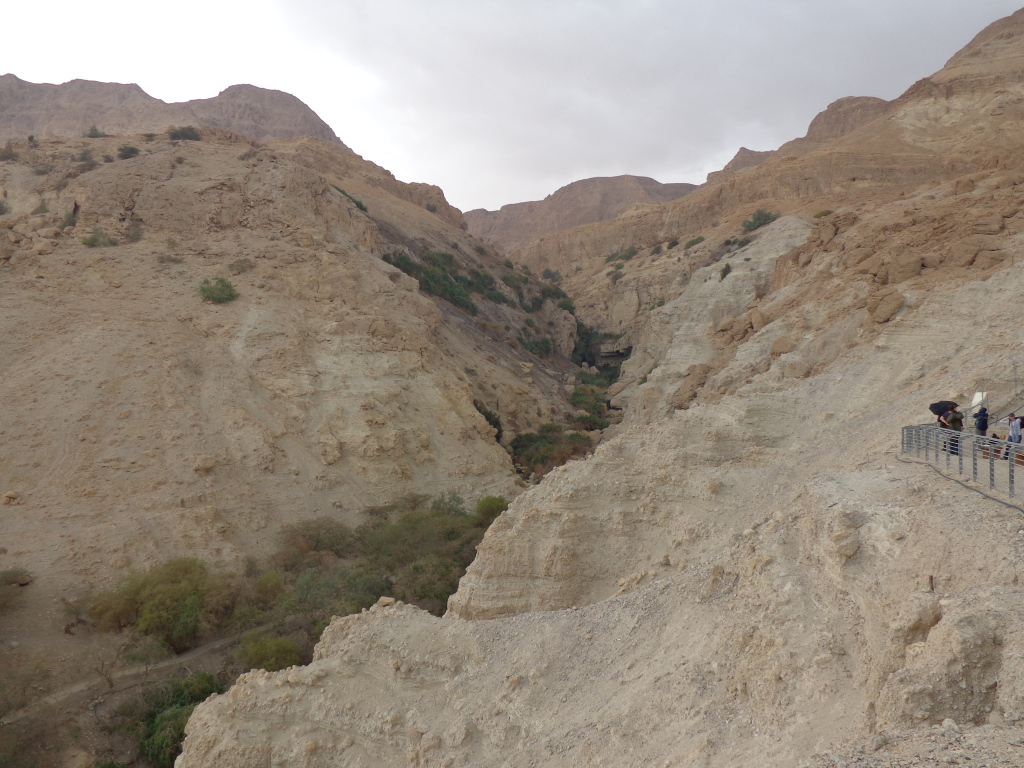 This place held a particular fascination for me, given that two of my favorite passages of Scripture make reference to En Gedi. The first is in 2 Chronicles 20, where Jehoshaphat  hears that an army was amassing and coming over the En Gedi pass to attack Israel. This was not good news. Jehoshaphat responded in an awesome way. First, he called the people to fast. Then he stood before them and prayed, finishing his prayer with these very honest words: “We have no power to face this vast army that is attacking us. We do not know what to do, but our eyes are on you.”

We are told that all of the people stood there before the Lord, and the Spirit came upon someone who gave an incredible word of prophecy, which included these words—“Do not be afraid or discouraged because of this vast army. For the battle is not yours but God’s.” And then he gave some instructions that included not having to fight the battle but to watch the Lord work. Jehoshaphat was encouraged and the next day, sent worshippers out at the head of his army. As they began to sing and praise, the Lord set ambushes and the opponents began killing each other. Battle over.

How do we respond in our battles? Do we ever fast to the Lord? Do we tune our hearts to God’s voice? Do we actively engage in praise and worship? Seems like Jehoshaphat’s strategy might be one worth emulating.

The other favorite passage that references En Gedi is in Ezekiel 47, which is an incredible description of the river of God flowing from His throne. This spiritual river brings life and healing to whatever it touches. It’s fascinating how this river’s activity is described. We are told that “when it empties into the [Dead] Sea, the salty water becomes fresh. Swarms of living creatures will live wherever the river flows. There will be large numbers of fish, because this water flows there are makes the salt water fresh; so where the river flows everything will live. Fishermen will stand along the shore from En Gedi to En Eglaim there will be places for spreading nets.”

This passage has been significant for me as I think about the life giving power flowing from the presence of God—but because of today, it has even more of an impact. The reason? We spent some time swimming in the Dead Sea today. It’s given that name for a reason. There is no life in it. The salt content is so strong that you can float in the water without effort. 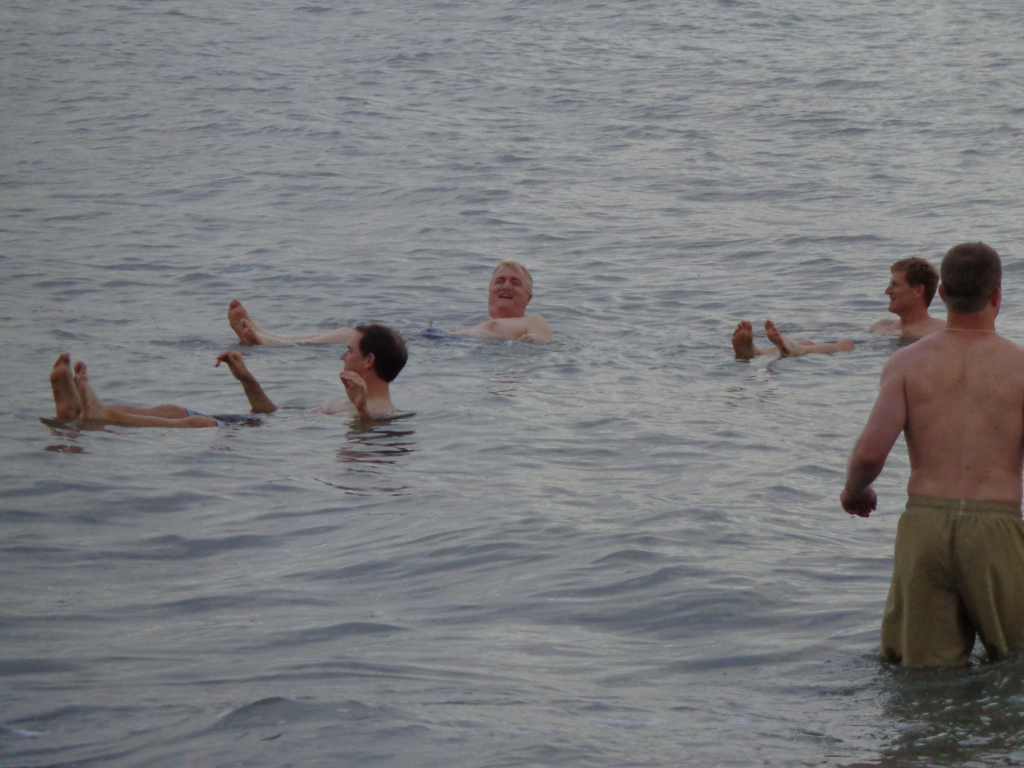 It was so wild being in this water that just held your body up. Not only that, it’s basically poison. We were strongly warned to not drink the water because it would kill us. (I know, it seems very strange having a beach on a sea that is poisonous, but it’s there and people are there swimming in it—like me.) There are no fish in this body of water.

Back to Ezekiel 47–What a dramatic picture of the life that God brings into the things that are absolutely devoid of life, places where death reigns. Ezekiel tells us that fishermen will stand on the shore at En Gedi and fish from water that was previously fishless and lifeless.

In what dead areas in our lives are we needing some of this water? Jesus invites us (in my all time favorite passage) in John 7, “If anyone is thirsty, let him come to me and drink.” In other words, if there are places of need in our souls, places where the enemy has robbed us of life, Jesus invites us to come to Him, and let His grace, mercy and love bring life.