In The Old City–Day 8 in Israel

We got up early to get to the Temple Mount in the Old City. They only open the gates for a few hours so we were fortunate to get in. Even though technically the site the temple is on is in the possession of  the Israelis, after the 6 day war, the Israeli Prime Minister gave Muslims custodianship of it. So on this site is a Muslim mosque known as the Dome of the Rock. 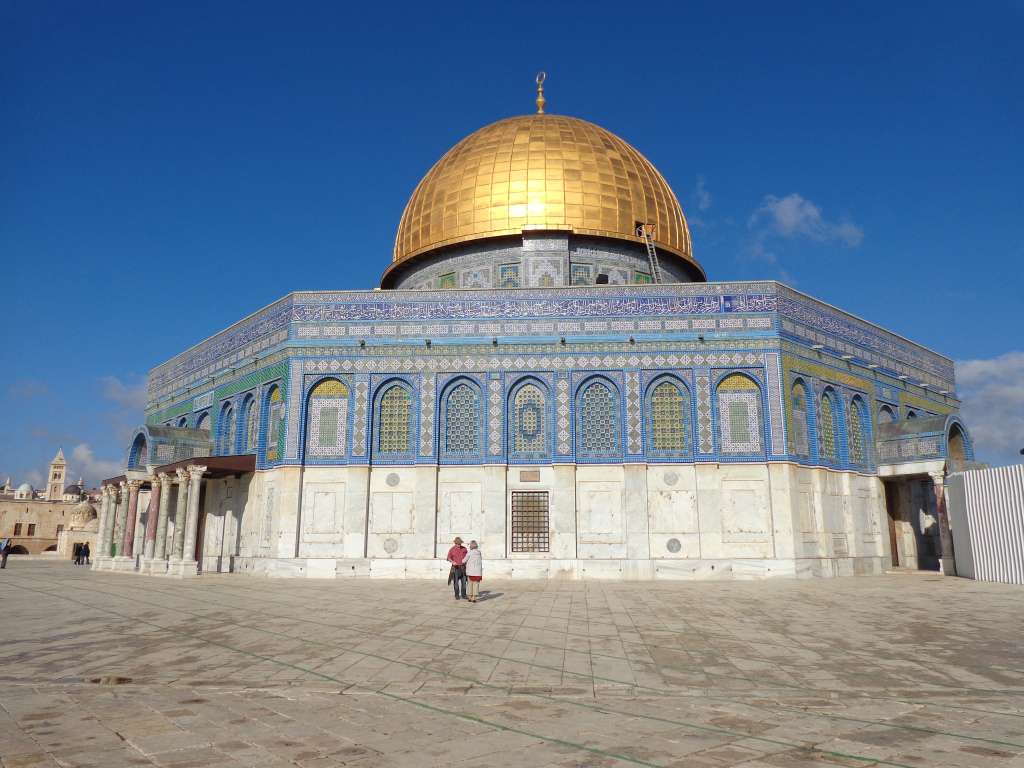 A few interesting items about this area:

The weird—Check out this photo of marble on the side of the mosque.

Apparently the marble didn’t initially look like this but in the past few decades, it has revealed this image. Creepy, huh?

The intriguing–As excavations have been done in the old city of Jerusalem, they have discovered the eastern gate. According to Scripture, the actual Temple (which over the years has been leveled more than once) perfectly aligned with the eastern gate. What’s fascinating is that the current site of the Dome of the Rock does not align with the gate. Which apparently means it is not on the actual site of the temple. So where is that site?

Well, about 50 yards north of the Dome, there is a rock slab. I’m standing on it in the picture below. Many believe this is the actual stone upon which the Holy of Holies stood. Pretty cool. 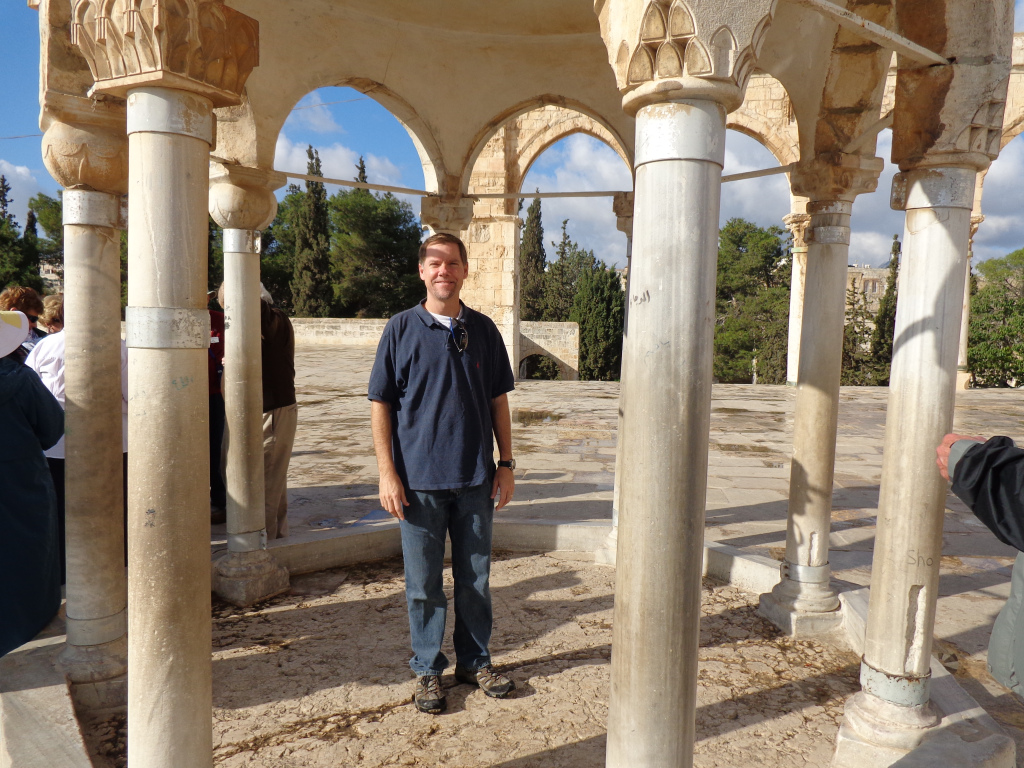 The vivid—In Matthew 24, Jesus predicts that because of the Jews unwillingness to believe in Him, God’s judgment is coming—a judgment that will include a complete demolishing of the temple. Not one stone will be left upon another. And that’s exactly what happened in 70 AD. The temple was totally torn down by the Romans. Here’s a photo of those actual stones that were initially part of the temple structure. 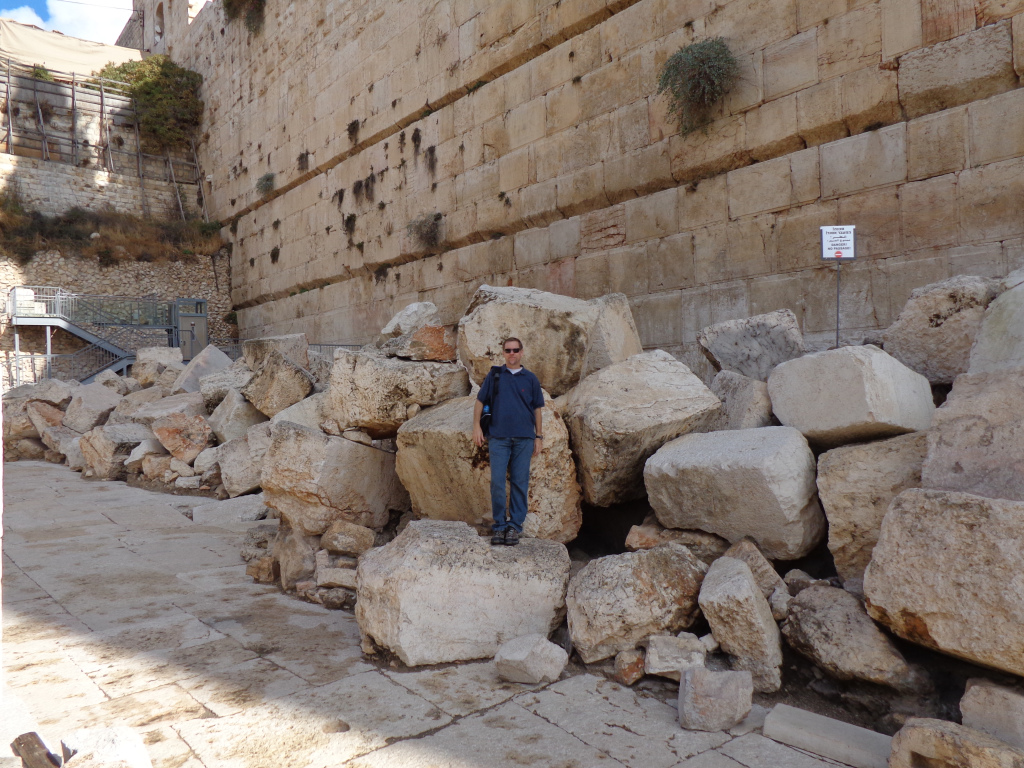 The powerful—One of the coolest spots we visited today was right here: 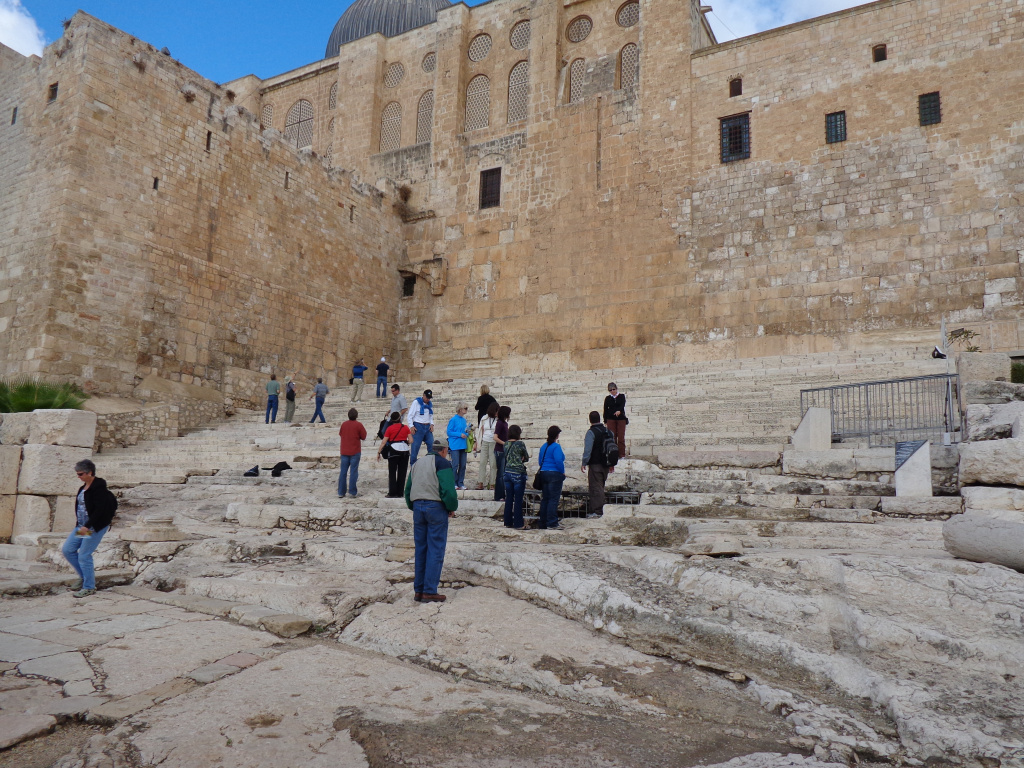 These are the southern steps to the temple. While the temple was demolished and then built upon, these steps are still in tact—steps upon which Jesus walked. Neal Armstrong once said that these steps are more significant than his steps on the moon.

As we gathered there, our guide told us that this spot is most likely where in Acts 2 the Holy Spirit filled believers gathered and Peter preached to the crowd, with 3000 responding. There are places nearby for lots of people to get baptized. I was in awe to be standing in the very spot where the Holy Spirit was dramatically giving birth to and empowering the church. Awesome! Here’s a video clip I took on that spot:

The moving—Here is a photo of Stephen’s gate, called that because it was where in Acts 7 Stephen was testifying to Jesus, and because his proclamation offended the religious leaders, they took him outside the city and stoned him to death. 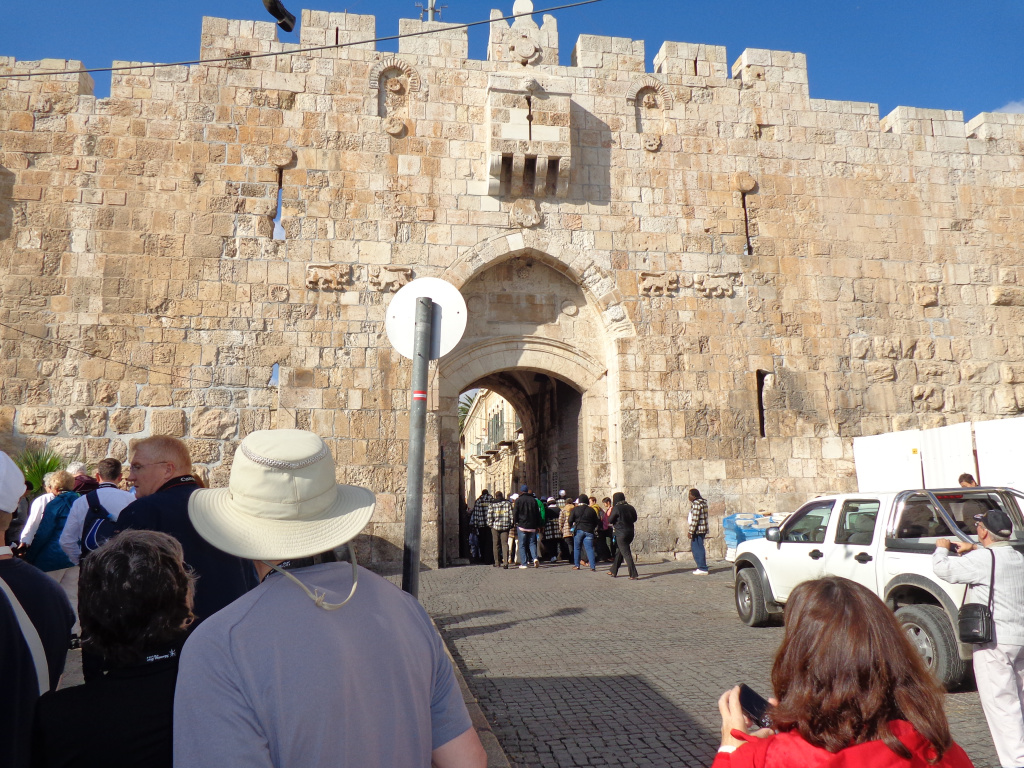 Our guide pointed out that as Stephen looked up to heaven, he saw Jesus “standing at the right hand of God.” (Acts 7:55) What’s Jesus normally doing at the Father’s right hand? Sitting. The work is done. In the temple, there were no chairs because the priests never sat down to rest. But when Jesus finished the work, He SAT at the Father’s right hand. So why is He standing in this vision Stephen sees? Perhaps to honor Stephen for his faithfulness, even to the point of death. Jesus is standing to embrace this faithful martyr. What an incredible welcome.