Great day today… for us at least. While missiles were landing miles away in the Gaza strip, we were enjoying an absolutely beautiful day in Jerusalem. We had a later start so I got to have a wonderful time with the Lord on the mezzanine of our hotel, which offers an incredible view of Jerusalem.

Then we were off to the Old City. We started at the location of the Pool of Bethesda. Very cool site. It is the spot where in John 5 Jesus heals a man who had been an invalid for 38 years. As I mentioned earlier, there are very few places in Jerusalem where you can see or stand on the actual spot something happened in Jesus’ day, simply because the city has been overthrown so many times. Usually, the conquering army would either level it or fill it in a  built over it. As you can see in this photo, what was once the pool of Bethesda is several feet below us. You can see the actual stairs used at that time. 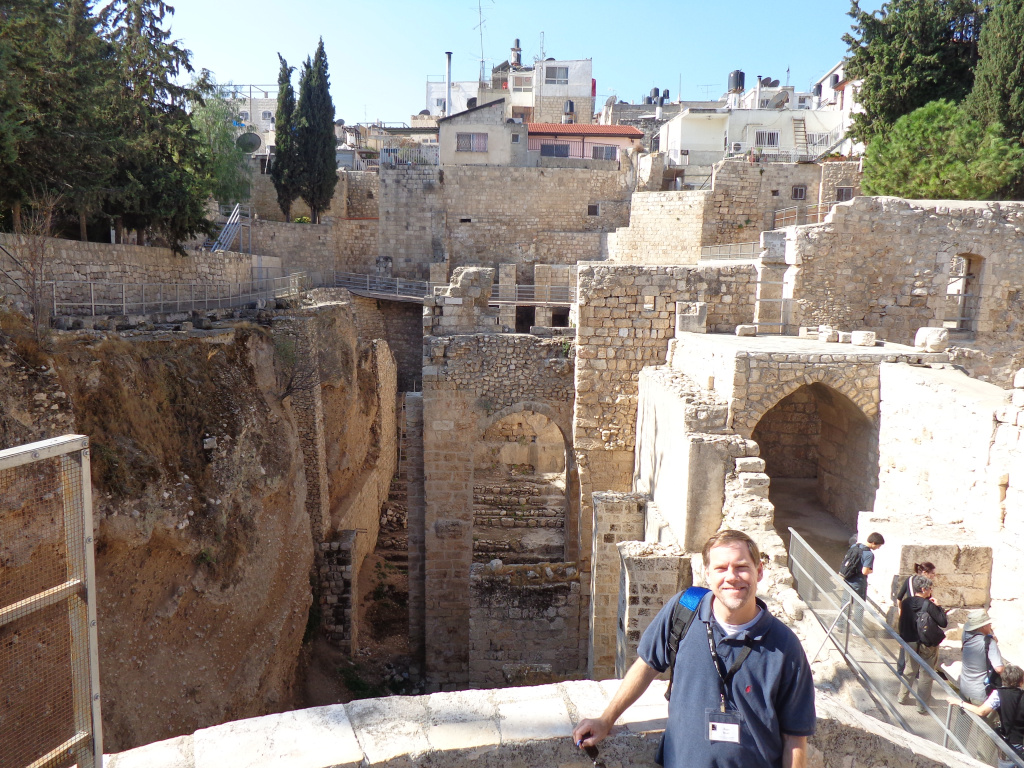 There is a church right in this same area—the church of Saint Catherine. Before it was built, there was a synagogue here. During the Crusades, certain “Christian” crusaders came to this synagogue, forced the Jews to get inside it, and then they set it on fire—all the while singing “Christ, we adore you.” No wonder there has been so much animosity between Christians and the Jewish people. It didn’t help that during World War 2, many of the Germans who committed such atrocities against the Jewish people were “Christians” and would go to worship right next to the concentration camps.

Ironically, the name “Bethesda” means “House of Grace” in Hebrew. It’s taken from the word “hesed”, which means lovingkindness. It is a mark of God’s dealing with His people and is to be a mark of our dealing with others. How could so called “Christians” so miss the heart of God’s hesed toward us and toward others?